I’ve spent years building out my smart home, adding lights, switches, locks, cameras, water sensors, motion sensors, voice assistants, and more. And that’s not including the number of different home automation platforms I’ve used and tested. In that time I’ve crafted scenes and modes to cover everything from automatically adjusting the house’s temperature based on where we are, to running my vacuum cleaner automatically if nobody’s home.

But on most of my home automation videos I get questions (well, more like statements) asking why do we even need smart homes? Comments along the lines of “I’m perfectly fine walking across the room to flip a switch” or “ I think it’s technology for the sake of technology rather than something that’s genuinely useful.” You’ll never hear me argue that everyone should build out a smart home, but I think we should take a look at some of the big reasons why so many of us do it. And an extremely compelling reason that tends to get overlooked.

This video isn’t meant to try and convince anyone to jump on board the smart home train, but I’m hoping that this may illuminate some reasons why smart home’s are so compelling to a lot of us. The problem is that most smart home makers create advertising the highlights the eye candy aspect of smart homes. 1 Take this Philips Hue commercial for instance. Four times in the video they show people using their phone to control the lights. Only once do they show an automation with the motion sensor turning on hallway lights. Who wants to use their smartphone to control anything in your home? I sure don’t. But what gets me excited for smart homes is usually not showcased in the advertising, which is why I think a lot of the benefits get overlooked.

The real magic of a smart home is automations. Things that happen automatically in your house without having to do anything yourself. And I’ll put good money on the fact that pretty much everyone out there has automation already in their home. How many people out there have some kind of schedule controlled home thermostat? It’s the most basic of automations, but it’s still automated. You program in exactly what you want your house temperature to be during the day while you’re out and during the evening while you’re home.

Take that functionality and layer on the ability to have things in your home coordinate. Instead of needing a schedule to change your home’s heating and cooling cycles, it can use your phone to know if you’re home or not. Or use motion sensors to know if the house is empty or not. Program in what lights you want to turn on when the house detects you’re within a certain range.

Not being limited to a specific schedule and to have devices work together gives you one button control for multiple things too. I know I just criticized Philips Hue for focusing on the eye candy, but a good example is tying lights to a Logitech Harmony remote control. Activate the “watch a movie” activity and your TV turns on, switches to the correct input, and your living room lights change to a preconfigured light level. One button push. It’s not that you can’t go around and turn on all the lamps or use multiple remotes to turn your TV, sound system, and media player on yourself. But this is one simple button press.

You also aren’t limited to where your light switches are wired in. You can add other wireless switches in locations that are better located for how you use the room. For me in my bedroom, I have a wall switch that turns our floor lamp on and off. But I also have a small button on each of our nightstands that can turn on either just the night stand or all lights in the bedroom. This has proven useful many times. Have a room where you’d like to add another switch by a second door, but don’t want to hire an electrician to wire in a new box? Just add a wireless switch. Rearranged your room? No problem, just move the switch to a better location.

But security is more than just trying to ward off thieves, it can be just about protecting your home and minimizing damage from things like a leaky water heater. A while back I had a water heater fail on me and leak all over my basement. We didn’t catch the leak until the water had spread quite far in our finished basement. After that happened I picked up two water sensors that I’ve placed around the water heater and condensate pump. If water is detected, it sends me a notification on my phone and turns off the HVAC system, which is right next to the water heater. You could even have it flash lights around the house to draw attention and, if you have a smart speaker, read out a warning message.

For me this is a big one. For the biggest bang for your buck, a smart thermostat is going to recoup the cost pretty quickly. Ecobee has reported users saving more than 23% on their heating and cooling bills.2 Nest did a study that showed 10-12% savings on heating and 15% savings on cooling, which comes in at around $131 – $145 in savings a year.3 We saw an improvement in our energy costs after getting the Ecobee installed. Ecobee actually makes saving energy a little game-like in their interface by showing how you rank against other Ecobee users in your area. Over the past couple of years I’ve made adjustments to my system temps and settings and have gotten my home into the top 28% most energy efficient homes in my area.

Part of the way I did that was by not only using the built in features of Ecobee, but tying it into my broader smart home. When my wife and I are gone, the house automatically switches into Away mode. Since I work from home there’s not a good set schedule that I follow for being home and away. This let’s the house take care of itself and I don’t have to think about it.

You can also get things like a Sense energy monitor in your home. Track your energy usage across your entire house and individual devices that it’s been able to detect. Once Sense has detected and identified a device, you can tie that device’s energy usage into home automations. Sense can send you alerts if a non-smart home device turns on or off, as well as trigger other automations in your house.

And finally, this is a smaller item, but have you ever forgotten to turn off a light when you left home? Well, you can have your house make sure everything including lights, space heaters, and more are turned off when everyone has left. It’s not going to save you big bucks or energy, but every bit helps.

This brings me to the final, very compelling reason that tends to get overlooked …

This is something that in hindsight seems so obvious to me, but it hadn’t crossed my mind until one of you reached out and brought this to my attention. Steve commented on one of my videos that his son, who has cerebral palsy, is benefiting from his smart home setup.

One of the biggest things that helped his son is using a voice assistant like Alexa. Being able to control the Logitech Harmony hub with his voice has allowed him to turn on and off the TV, change inputs and change channels. He can also turn on and off the lights in his room on his own. It’s given his son some independence back and he no longer has to call on anyone else to change the channels for him.

If you continue to branch out from there, you can see other possibilities. For instance, smart blinds or shades on windows that you can control with the push of a button or a simple voice assistant phrase. Not everyone can reach a cord or have the needed strength to pull up heavy blinds.

Most of the major smart home brands focus their marketing on smart home conveniences and not enough on these kinds of solutions. A handful of companies, like Control4, are making some efforts in this direction. They’ve highlighted how their smart home system can benefit a family with an autistic child. Or Vivint highlighting how a smart home can help keep tabs on a non-verbal child who likes to wander. The parents added sensors on doors and windows to be alerted immediately if their son climbed over a gate and tried to open one. This allowed them to give their son less direct supervision, which builds confidence, but the smart home additions kept him safe and gave them peace of mind. This kind of marketing and is something I’d like to see more companies do as well.

For families with special needs — whether it’s caring for an elderly parent, a child with cerebral palsy or autism, or if it’s you yourself that needs the extra help — smart homes aren’t just about convenience and security. Accessibility and independence is a key part of the story.

In the past, smart home systems were extremely expensive, but today they’re more affordable than ever. You can pick up smart outlets or bulbs for less than $10. Add in locks, cameras, thermostats and you’ve got the start of a very capable smart home. You can build out automations that mean you never have to use a smartphone to control anything in your house. Things just automatically happen depending on what you’re doing. And in the case of someone with special needs, you can gain back a level of independence in your life. Will this convince the folks that don’t understand smart homes to buy in? Probably not and it doesn’t have to, but hopefully it will help explain why a lot of us are going all-in on adding smarts to our homes. 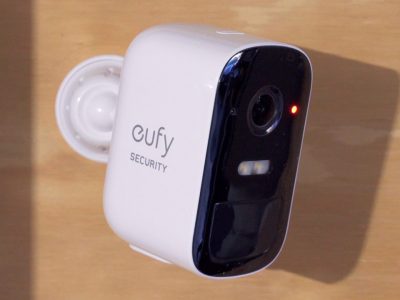 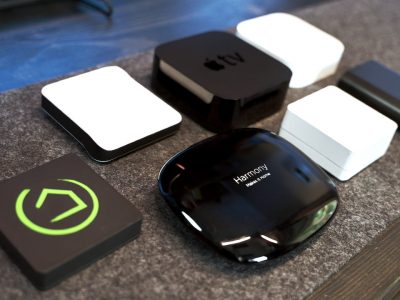 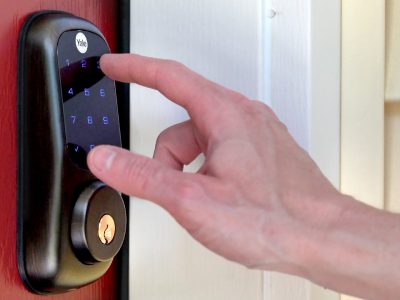