What if I told you there was an always-on, carbon free, renewable power source deep beneath the earth’s surface. Why haven’t we been using this power source, literally available under our feet, as much as possible? Let’s look at the explanation behind Geothermal energy and it’s challenges … one of which is a little … ground-breaking.

Solar and wind energy are growing worldwide, however, their intermittent power generation characteristics has kept many researchers and companies on the search for other solutions, without needing batteries for storage. A lot of people are championing things like Small Modular Reactors (SMR) and thorium reactors, which I’ve done videos on already, but what about the great energy potential that’s available inside the planet?

We’re talking about geothermal energy, which is thermal energy generated and stored in the rocks and fluids beneath the Earth’s crust. It’s been used for thousands of years by humanity for heating and cooling. Its first usage was mainly for bathing and cooking, but since the 20th century, it’s been harnessed to generate electricity.1 2 How?

Well, the earth’s internal heat is thermal energy generated from radioactive decay and nonstop heat loss from the planet’s formation, and it can be found from shallow ground to several miles under the surface. Heat from the Earth’s crust warms water that has flowed into underground reservoirs, sometimes up to 360 °C. When water gets hot enough, it can break through the surface as steam or hot water, which usually happens where the Earth’s crust or ‘plates’ meet and shift. If you’ve ever seen a geyser, it’s formed by this same process.1 2 3

Naturally occurring geothermal systems, called hydrothermal systems, are composed of three key elements: fluid, heat, and permeability at depth. This alone presents one of the first challenges to geothermal systems. There’s only a small percentage of land that lies above suitable pockets like this. To produce electricity from geothermal energy, wells are dug into underground reservoirs to tap the steam and hot water that’s used to spin turbines connected to electric generators.4

Dry steam is the oldest form of geothermal energy. In these geothermal power plants, the steam is piped from underground wells directly to drive generator turbines. In 1904, the first geothermal power plant was built in Tuscany, Italy, where natural steam broke out from the earth. A great example of dry steam are The Geysers in California, which cover more than 117 km2 and power 22 power plants, for an installed capacity of over 1.5GW.

Similarly, flash steam power plants utilize the high-pressure hot water from deep inside the earth and convert it into steam to turn generator turbines. But, when the steam cools, it condenses to water and is piped back into the ground for reuse, making it a sustainable resource.4 5 6

Some countries are continuing to move forward with geothermal energy as a power resource. Iceland, for example, is a pioneer in geothermal energy for heating spaces, and the power generation with this source has boosted considerably in the past few years. Currently, the country produces 25% of its total electricity by taking heat from underground.7 As of 2018, the U.S., Indonesia, and Philippines led the world with installed capacity at 2.54 GW, 1.95 GW, and 1.93 GW, respectively.8

However, from a worldwide-perspective, geothermal is still growing at a slow speed. From 2010 to 2019, the installed capacity only increased from 10 GW to 14 GW across the planet, according to the International Renewable Energy Agency (IRENA). It’s not on track to reach the Sustainable Development Scenario (SDS) defined by the International Energy Agency (IEA). In its 2020 tracking report, geothermal energy needs to increase by 10% annually from 2019 to 2030 to reach the SDS level.

But there is one type of geothermal plant that might be able to rise to the challenge: binary cycle power plants.9 These power plants differ from flash steam and dry steam systems because the geothermal reservoir never comes in direct contact with the generator. Instead it transfers the heat from low to moderately heated geothermal fluid (under 93° C or 200° F) to another liquid with a much lower boiling point through a heat exchanger. It’s a closed-loop system. It’s that liquid that turns into steam to drive a generator turbine, producing electricity. The steam condenses and is reused through the closed-loop cycle again.

But there’s a challenge to all of this. The higher the temperature you need, the deeper it’s necessary to drill, which dramatically impacts the economic feasibility of geothermal power plants, and this brings up the subject of Enhanced Geothermal Systems (EGS).6 10

There are areas with very hot rocks under the ground, but they’re too dry and impermeable for traditional geothermal systems. EGS was created to work around the issue of hot rocks lacking in natural permeability or fluid saturation. In these systems, wells are drilled into a formation of hot rock, then a fluid at high pressure is injected into the subsurface under precise conditions, causing the re-opening of pre-existing fractures, which increases the permeability. Now, I know that sounds a lot like fracking … there are some similarities, but it is different. Instead of using extremely high pressure water to break rock, they’re using the temperature difference between the hot rock and cold water to allow existing cracks to open from the expansion and contraction caused by the temperature change.11

To make it even more efficient, non-toxic and degradable material is injected to fill these fractures, forming new cracks as the engineers drill further down. This process allows fluid to go throughout the now-fractured rock, carrying heat to the surface through other drills in order to drive generator turbines with steam.12 13

The Office of Energy Efficiency & Renewable Energy says that more than 100 GWe of cost-effective energy capacity may be available in the U.S., which represents approximately 10% of the current U.S. electric capacity.14 On top of that, a study showed that the cost-effective worldwide potential is expected to be 6TWe in 2030 and 108 TWe in 2050. In the same paper, the authors indicated that 4,600 GWe of EGS capacity can be developed at a cost of 50 €/MWh (or about $60) or even lower.15

There are some obvious advantages for exploring geothermal energy. It drives generator turbines without burning fossil fuels, and binary cycle power plants don’t release greenhouse gases because of the closed loop system. Compared to natural gas power plants, geothermal units generate about 80% less carbon dioxide. In addition to that, they can deliver energy 24/7, 365 days a year, beating the intermittency of solar and wind. However, like everything in the technology world, there are always trade-offs.

Despite being a carbon-free, reliable, highly efficient, and low-maintenance power source, geothermal energy still has technical and economic challenges. The installation cost is one of the major obstacles on the roadmap for spreading geothermal energy. The main costs come from exploration and drilling for new reservoirs, so there’s a lot of risk for coming up empty when you drill. From 2010 to 2019, the global weighted installation cost for a 1 MW geothermal power plant ranged from $2.5 to $5 million. Just looking at the weighted costs for installation from 2019, you’re talking about a cost of $3,916/kW. In comparison, a solar power plant was $995/kW.16 17 Which might explain why the investments in this sector have been tiny compared to all the money spent on solar and wind technology. In 2019, the investment in geothermal power generation was $1.2 billion, while for solar and wind it corresponded to $141 and $142.7 billion dollars.18

At this point, the landscape of geothermal energy is mostly dominated by research and development institutions and some startups. One company playing this game is Climeon, which develops modular 150 kW geothermal power units that operate at low pressure and temperatures between 70°C to 120°C, much lower than usual geothermal power plants. It requires less energy for pumping, has a lower overall cost, and is easy to scale due to the modularity of the product. According to the company’s chief technology officer, the cost of the generated electricity changes depending on the access to the heat source and size of the power plant, but a cost of electricity for some projects reached €40/MWh or $49/MWh. In April 2019, the company commissioned the Flúdaorka Power Plant in Flúdir, Iceland, with 600 kW of electric power capacity produced by four 150 kW Climeon modular units, which is a fairly compact size geothermal power plant.19

There are also companies and startups focused on improving drilling. Finding ways to reduce the number of moving parts that can wear out, like the Geo-Drill Consortium project in Europe. They’re aiming to decrease the costs through robust 3D-printed sensors, and improved component life through advanced materials and coatings.20 21

Others are focused on laser, plasma, chemical, and electric arc technologies like the Slovakian GA Drilling. They have a Plasmabit that can drill wells up to 10 km, reaching ultra-deep geothermal rocks. However, most startups in drilling innovation are still in the early stages.22

Green Fire Energy is another company that’s innovating in geothermal energy, but the company’s focus is on its advanced closed-loop cycle called GreenLoop. It uses several working fluids flowing through a sealed system to access the high temperatures required for economic energy extraction. GreenLoop reduces the exploration risk in new projects since subsurface permeability or large volumes of water aren’t required. Basically, there’s no risk of water contamination or induced seismic activity. In 2019, the American company successfully demonstrated GreenLoop technology in Coso, California.23

So what’s this ground-breaking concern? Well, there’s concerns about injection-induced seismicity in EGS systems specifically. Remember, EGS is the one with some rough similarities to fracking. In November 2017, a magnitude 5.5 earthquake shook Pohang, South Korea, caused $75 million in damages, injured dozens, and forced more than 1,700 people into emergency housing. And there’s research that has clearly tied this event to EGS drilling in the area.24 25 It came down to the water being injected into one of the wells activating a previously unknown fault that went right through that well. The water and pressure created a scenario that basically greased the skids and made it easier for the fault to move. Without the water, the quake wouldn’t have happened. The odds of this happening are actually pretty low, but obviously not zero. So proper precautions and risk assessments have to take place, but there’s no silver bullet to prevent this type of thing from happening.

You can probably see why geothermal hasn’t caught on as well as other renewable methods like solar and wind. Utility scale geothermal energy has a lot of room for improvement. It still relies on expensive investments, research, and the resolution of its technical challenges. And it’s geographically limited. It’s worth further research, but will most likely never match the scale of its renewable brothers and sisters.

So what do you think? Jump into the comments and let me know. If you liked this video be sure to check out one of the ones I have linked right here. Be sure to subscribe and hit the notification bell if you think I’ve earned it. And as always, thanks to all of my patrons and to all of you for watching. I’ll see you in the next one.

The Future of Food? The Growth of Vertical Farming 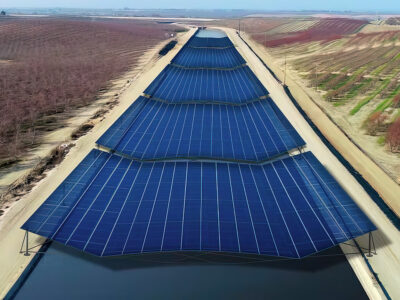 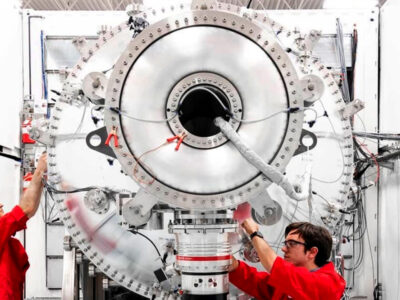 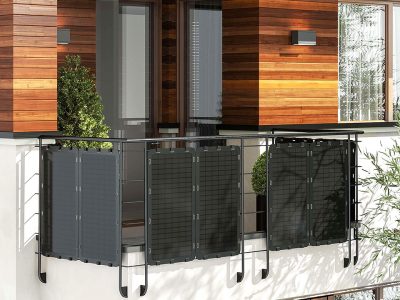 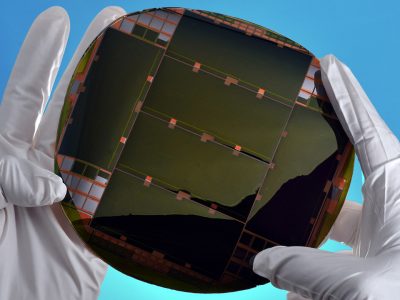