Energy storage is the holy grail of decarbonization. If we want to get rid of fossil fuels for good, we need to be able store a large amount of surplus renewables over time. The current technologies available, like lithium-ion batteries, may not have enough capacity to meet our power storage demand in the future. But what if we could turn our houses and buildings themselves into batteries?

Building a case for cement batteries

While the price of renewables keeps falling, we still waste too much of it. That’s because we don’t have enough space to store the surplus clean energy when we don’t need it, so that we can reuse it when sunshine and wind are nowhere to be seen. The only way to shift renewables around is to rely on large-scale storage systems. It’s for that reason that grid operators are throwing billions of dollars at lithium-ion batteries, which have high energy density and are the most ready-to-store technology available today. In the US alone, installations are expected to increase 100 times by 2030.1 However, lithium is 2,000 times less abundant than other metals, like Iron for instance, which makes it expensive. Although lithium-ion batteries have become much cheaper over the last decade, some experts think we’re going to struggle to make drastic improvements in terms of cost, energy density and charging speed as that trend has slowed.2 Another drawback of lithium-ion battery packs is that, as they go through charging and recharging cycles, their capacity degrades over time.3

For all those reasons, it’s wise to look for feasible alternatives. For example, what if I told you you could cement power into your home? Researchers from the Chalmers University of Technology in Sweden recently developed a prototype for a rechargeable cement-based battery. With an average energy density of 7 Watt Hours per square meter (or ca. 0.7 Watt Hours per square feet), the device held 10x more power than the cement batteries produced in the past.4 Not to mention it’s the world’s first rechargeable cement-based battery ever proved at lab-scale.

The Chalmers researchers’ original idea was to integrate their concrete batteries into rooftop PV to store the surplus solar energy.5 However, the potential of this invention is its storage capacity scale-up. That’s because you could incorporate this functional concrete into the structure of multi-story buildings to store large volumes of energy. Think of a skyscraper like the Burj Khalifa in Dubai. That will turn into the biggest battery on the planet. Which is crazy. To add to that, with concrete batteries you could hit two birds with one stone since it’s both a construction material and an energy storage unit, which could be cheaper overall. I wonder if you could plug your smartphone straight into one of your floor tiles?

So, why cement? Concrete is not a sustainable material by itself, as its production is responsible for 2.4% of the global CO2 emissions.6 However, while more eco-friendly construction materials are mushrooming like fungus7, or shooting up towards the sky like bamboo,8 we won’t get rid of cement so easily. Being second to water only, concrete is the most consumed material on Earth. In construction, we use twice as much concrete as all other building materials combined.9 That’s mostly because of its strength and durability.10 To add to that, some companies are developing carbon capture systems to trap the CO2 released when making concrete.11 This could decarbonize the cement production process and make concrete greener … while not completely green. Perhaps I should build on that in a separate video.

In the meantime, why not make the most out of grey concrete and turn cement structures into huge power banks? But how would that work? Let’s look at how this concrete battery is actually made…

The design is inspired by the battery invented by Thomas Edison 120 years ago.12 In the device, you have ions moving through an electrolyte solution between a positively charged nickel cathode and a negatively charged iron anode. The ions motion then generates an electrical potential. The main difference compared to the Edison model is that Swedish scientists used cement mortar as the electrolyte. But they also thought outside of the concrete box, tweaking previous similar models. To make the cement slurry more conductive, researchers spiked it with short carbon fibers. Scientists also used an ion exchange resin as a separator between the two electrodes. This porous membrane makes it easy for ions to move from one pole to the other, which increases the ionic conductivity. On top of that, they applied an alternative method for adding the metallic electrodes to the cement paste. Based on the conventional technique, you would just mix metallic powder particles with the cement slurry. But this isn’t exactly that safe, especially when you use Nickel. Instead, they coated nickel and iron onto carbon mesh layers and then slid them into the cement-based mix to work as electrode plates. Using this approach, researchers achieved a better electrical performance, reaching an energy density 10 times higher than what they hit when using the traditional powder mixing technique. During charging and recharging cycles, both metals go through reversible electrochemical processes, the so-called redox reactions, which is what makes the device rechargeable.

Now, I can hear you already. Will my house electrocute me? I think it’s pretty unlikely as you’d be in contact with cement, which is a poor conductor by itself. This means it will isolate your fingers from the electricity safely stored inside the battery.

Turning our houses into giant batteries is electrifying but it’s not just about energy storage. There are a number of other applications to consider for these devices.

According to the study’s authors, concrete batteries could be coupled with solar cell panels to provide electricity and act as a monitoring system. This could be a great use case for highways or bridges, where battery-powered sensors would detect any cracks or sign of corrosion before it’s too late.13 Another study engineered a battery made of cement and seawater to monitor the corrosion of marine infrastructure.14 Other than being prompt corrosion wardens, building-embedded batteries could play a key role in the development of future smart cities by powering automated street LED lighting and IoT-enabled sensors. In their lab test, the Chalmers group used one of their devices to light a small LED lamp for several hours. Another interesting idea would be to use the concrete batteries to provide high speed wifi connections for structures in remote areas.

Besides the Swedish brainiacs, someone else contributed to cement this idea. 3 years ago another research group from the Lancaster University in the UK had developed a cement battery.15 In this case, the secret recipe was a mix of waste flyash and a potassium-based alkaline solution to conduct electricity. This alternative cement design doesn’t contain expensive materials like graphene or carbon nanotubes and is cheaper to make than traditional Portland cement. Although the composition is different from the Chalmers product, the British innovation can also build another powerful brick in your wall.

This low-cost cement can store and deliver up to 500 W per square meter (ca. 46.5 W per square feet). To have some perspective, one of the study’s authors claimed a six-meter tall lamppost made from this material could shine of its own renewable light through the night. Also, just like the Swedish concrete battery, this device could be used for monitoring applications. For instance, you could build smart curb stones that power sensors for checking traffic and air pollution. On top of that, any cracks or structural stresses would change the way potassium ions move through the material, which would give a heads up for maintenance without installing additional sensors.

The concrete walls to knock down

That sounds edifying right? But there are some concrete challenges to overcome. First of all, the building battery has got a level of energy density which is lower than the ground floor. A square meter (ca. 11 square feet) of the material surface would host as much energy as 2 AA batteries. To give a sense of scale, one of the study’s authors claimed 200 square meters of the rechargeable concrete can supply only around 8% of the electricity consumed by a typical U.S. home in a day.16 When you compare it to lithium-ion batteries, the functional concrete’s energy density is over 400 times lower.17,18

But how long will it last? The prototype is supposed to have an extended lifespan as it’s based on long-lasting Edison batteries that can work for many years. The authors tout that their battery can resist overcharging and you can abuse it as much as you want without affecting its performance.19 However, the Swedish study tested the performance of the device only over six charge/discharge cycles. But the cyclic capacity of the device will have to be validated over a higher number of cycles to ensure a reliable power storage over time. Plus, concrete buildings are designed to last up to a hundreds of years. So, technology improvements should either significantly extend the duration of the battery or make them easier to exchange or recycle once they become exhausted. And, of course, we should consider the actual cost of this storage technology, which hasn’t been assessed yet.20 As admitted by the scientists themselves, their design is a good distance away from today’s rechargeable batteries. As for the British competitor, the researchers have been optimizing the material composition. Also, they’re trying to 3D print their smart cement to mould it into different shapes. This could drive the production cost further down and bring new applications to light.

Can we build hopes on concrete batteries?

Considering the technology has just taken off from the starting blocks, the devices can be significantly optimized in the near future. While there’s nothing set in cement at the moment, storing clean electricity in our houses and buildings would reduce their carbon footprint. And remember that, although current concrete batteries have a much lower energy density than commercial ones, we would compensate for that by incorporating tons of them in our high-rise buildings. And volume matters, at least in this case. At this stage, this doesn’t feel like a replacement for any of the technologies currently available today, but it could be a great add-on.

Revisiting the Supercapacitor – The Wait for Graphene is Over 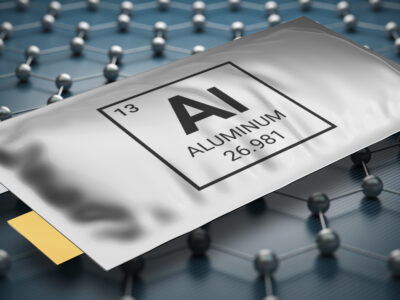 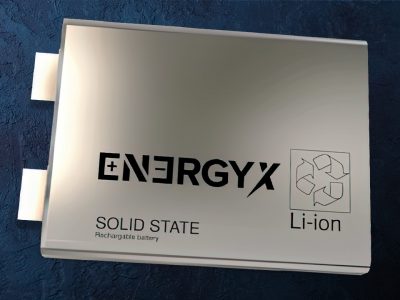 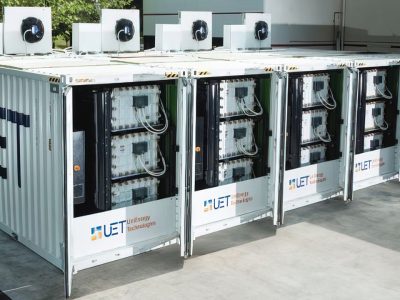 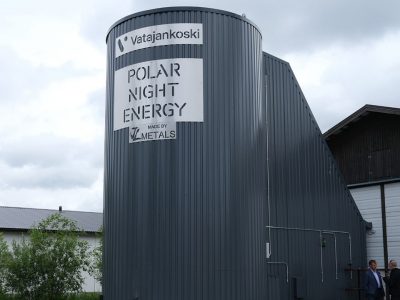