When it comes to energy storage, our first thought usually is chemical batteries. But what if we went old school … like just spinning things really fast and capturing that kinetic energy, old school. I thought I’d explain an example of a mechanical battery: the flywheel. And are they making a comeback?

The versatility and dropping costs of lithium ion batteries have made them a popular option for not only consumer electronics, but also grid-scale energy storage. But it’s not the only solution out there. The often overlooked technology of flywheels has been reinvented and may be a good fit for supporting renewable energy like solar and wind. High power density, long lifetime, high efficiency, and being carbon-free has boosted interest in flywheel technology, but how do flywheels stack up over other energy storage technologies?

The world has been shifting from fossil fuels to renewable energy sources in order to achieve low carbon emissions and maintain cheap prices. Both electricity consumption and renewable energy generation have been increasing all over the world in the past few years. In 2018, global energy consumption reached almost 25,000 TWh (24,738.9 TWh), and of that, solar and wind only accounted for 1,827.8 TWh … or about 5% of the total power generation in the world.1 Since renewables like solar and wind aren’t available 24/7, and can’t be turned on and off anytime, energy storage systems need to be placed together with solar and wind farms to make them more widely viable.2 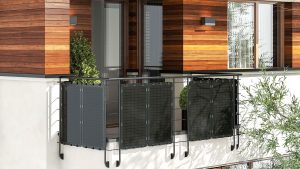 But why do chemical battery installations get all of the buzz right now? Why not flywheels? I mean the first question to ask is probably, “Flywheels? Really?” Or maybe it’s actually: “What are flywheels?”

A flywheel contains a dual-function electric motor to store and generate energy. It operates like an electric motor in an EV to speed up the flywheel using electricity, so that kinetic energy is stored in the spinning wheel. Then, when it’s turned off, the dual-function electric motor operates like a generator, and the mechanical energy stored in the rotating mass spins the generator’s rotor, producing electricity. It’s similar to how regen braking works in an EV. When it comes down to it, a flywheel can be considered a big mechanical battery.3

To get a little nerdy for second and talk about the Physics, the rotational energy of a rotating mass is directly proportional to the moment of inertia (rotational mass) and angular velocity. For example, imagine that you spin two car wheels of the same mass, one at 30km/h and another at 100km/h, which one will be harder to brake? You probably guessed it … the faster one. That’s an example of angular velocity at work. Now, let’s say one of the wheels is 5kg and the other is 10kg. You speed them up with the same exact velocity, so they’re both spinning at 30km/h, which one will be harder to stop? If you guessed the heavier one, you got it. And that’s an example of rotational mass at work.

Optimizing the shape or increasing the rotational speed will boost the energy stored in a flywheel. However, speeding up the flywheel increases the centrifugal forces it’s subjected to, and the resistance of the material that it’s made from limits the amount of energy a flywheel can store. Bottom line: spinning a flywheel too fast can completely break it apart. 4 5

Now that’s obviously something you want to avoid, but but as I mentioned earlier, this is something we’ve been mastering for a long time. Flywheels were first used in potter wheels and spindles in ancient Mesopotamia to produce threads. Later, they played an important role in the Industrial Revolution, when flywheels were used in engines and machines to smooth out the power delivered by the driving device. However, the first flywheel used exclusively for energy storage was built by John A. Howell in 1883 for a military application.6 4 In this case, the flywheel installed in the Howell Mark I torpedo worked as a propulsion source and provided directional balance.5

And in the 1940s, the concept of flywheels was used for transportation by the Swiss company Oerlikon, when it released its carbon-free bus containing a flywheel for energy storage. The Gyrobus used energy from the grid to spin up a flywheel system, which operated as a generator while on the move. When the flywheel was completely charged (3,000 rpm), the bus could run for 6 km at speeds of up to 50 to 60 km/h. 4 7

Since then several improvements have been made to flywheels in order to increase power storage capacity with safe operation. Flywheel Energy Storage Systems (FESS) are essentially composed of a few key components besides the flywheel and electric motor: bearings, an enclosure, and a power electronic converter. 8

FESS have bearings to support the rotor and resist against forces to maintain its position, which allows it to spin at high velocities. Mechanical bearings require high-performance lubricants and frequent maintenance to operate properly, and are also sensitive to gyroscopic forces and the friction it generates. The main losses of flywheels are caused by friction. To solve for that expensive magnetic bearings are employed in flywheels that operate at high-speeds in order to reduce maintenance basically to zero, since they don’t require any lubrication. It also helps to increase efficiency due to their minimal losses. FESS also come with a power electronic converter to control the variable AC frequency and voltage input/output of the electric motor/generator. 6 8 9 10

Figure 20 of this document is also nice to show the components http://www.irena.org/-/media/Files/IRENA/Agency/Publication/2017/Oct/IRENA_Electricity_Storage_Costs_2017.pdf

Flywheel Energy Storage Systems (FESS) fall into two categories: low-speed and high-speed. Low-speed flywheels are made of steel and spin at rates up to 10,000 RPM. These are heavy and use the advantage of their angular mass to increase the stored energy (back to the point that flywheel energy is linearly proportional to its mass). On the other hand, modern flywheels that feature high power density and efficiency can reach 100,000 RPM, which makes it store more energy since flywheel energy is proportional to the square of angular velocity. You still with me? Because I’m not sure I am.

Advanced flywheels are housed in a vacuum enclosure to reduce aerodynamic drag. They also have air or magnetic suppression bearing technology to reach high speed and are made of materials with a high strength-to-weight ratio, like carbon and fiberglass. 3 11

In practice, flywheels have a fast response to frequency changes, making them a good solution to stabilize the grid frequency when unstable variations occur. In addition to that, they can be completely charged within a few milliseconds, have a considerably longer lifetime of about 20 years compared to other technologies, high efficiency (about 95%), and high power density so it can store more energy in a smaller space.12 13 14 15

All these advantages make flywheels a suitable option for several applications. They’ve been used as Uninterrupted Power Supplies (UPS) in industrial and commercial applications to provide power backup for essential load. Flywheels have also been used as Control Moment Gyros (CMG) in spacecraft, like in the International Space Station (ISS) to hold the space station at a fixed attitude relative to the Earth’s surface. In motorsports they’ve been used as hybrid propulsion systems for regenerative braking, like in the Audi R18 e-Tron LMP1s that won at Le Mans in 2012, 2013 and 2014. And they’ve also been used in the electrical grid to support the increasing spread of renewables. 3 16

FESS have also been used in grid applications in order to provide ancillary services, such as frequency regulation and power fluctuation support. Similar to how Tesla’s Hornsdale Power Reserve has been used in Australia. Some examples are the Beacon Power 20 MW units installed in Stephentown, New York and Hazle Township, Pennsylvania to support frequency imbalances in the grid. These plants were commissioned in 2011 and 2014. Beacon’s flywheel rotor is made of a carbon fiber composite rim. Its flywheels spin up to 16,000 rpm and can completely charge and discharge for 175,000 cycles. 3 17

Another company playing this game in order to spread flywheels over other renewable energy storage applications is Amber Kinetics. Their all-steel M32 model can provide 8kW power for four hours, achieves efficiency higher than 86%, and offers 11,000 cycles. 18 In 2018, the company in partnership with West Boylston Municipal Lighting Plant (WBMLP) commissioned a 128kW/512kWh flywheel energy storage system in Massachusetts. This project is integrated to a grid connected solar array, and it has already discharged 116MWh. 19 Amber Kinetics also installed another storage system, but now in China, to operate with a 60 MW solar power power plant in order to store energy and improve grid stability. Since its commission in 2018 it has already stored 75.6MWh with no gas emission 20.

But, how do flywheels stack up over other energy storage systems?

Compared to batteries, flywheels are made of environmentally friendly materials that can be reused, and may have higher capacity than lithium-ion and flow batteries. In addition to that, batteries need to be recycled and replaced more frequently than flywheels, which have a much longer life cycle. 3 21 In comparison to other mechanical energy storage systems, such as compressed air and pumped hydropower, flywheels reach higher efficiencies. 15

So, what’s the catch with flywheels? Why haven’t we seen them popping up in solar and wind farms everywhere?

The latest technology provides energy just for a few hours and flywheels have a high energy installation cost. According to the Electricity Storage and Renewables: Costs and Markets to 2030 report, in 2016, FESS costs varied from $1500/kWh to $6000/kWh, and expected installation costs by 2030 will range from $1000/kWh to $3900/kWh. On the other hand, lithium-ion battery storage systems for utility-scale applications varied from $200/kWh and $1260/kWh in 2016, and it’s expected by 2030 to see a reduction to between $77/kWh and $574/kWh. Flywheels are also beaten out by flow battery technology, which may reach between $108/kWh and $576/kWh by the same year. 22

Another interesting analysis is the Levelized Cost of Storage (LCOS), which is directly comparable to LCOE but for storage systems. The article Projecting the Future Levelized Cost of Electricity Storage Technologies shows that, for short discharge duration and frequent cycles, the Mean LCOS for flywheels might reach about $520/MWh in 2050, while Li-ion and Vanadium redox-flow batteries might have Mean LCOS of $280/MWh and $220/MWH, respectively. 23

Flywheels need to have a big cost reduction and performance boost, along with the development of new materials with high strength and low-density rotor materials, as well as improvements on the electrical motor/generator. This means a lot of money and time spent on research and development, which is why flywheels have been overlooked in favor of the latest battery technologies 22.

Now, back to the hybrid approach…Some recent studies and projects have been developed to verify the feasibility of integrating flywheels with batteries for hybrid energy storage systems. One example is the AdDHyStor project, operated by Schwungrad Energie, that has already received about €3 million EU-funding for trailing a 1.0 MW battery-flywheel hybrid energy storage system to support dynamic grid stabilization in Rhode, Co. Offaly [24][25]. Another recent example is the 8.8MW lithium-ion battery set integrated with a 3MW flywheel system in Almelo in the Netherlands that will assist the integration of green power sources to the grid. 24 This looks to be a promising solution and may be making a bit of a comeback.

Exploring If Tesla Solar Roof Is About To Go Mainstream?

What you need to know before getting a Tesla Powerwall 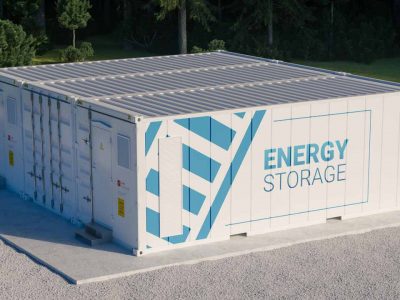 Where Does MIT Think Energy Storage Is Headed? 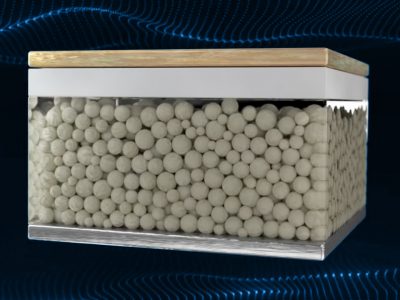 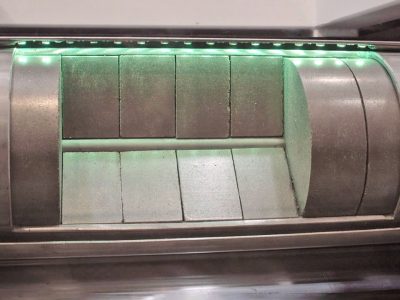 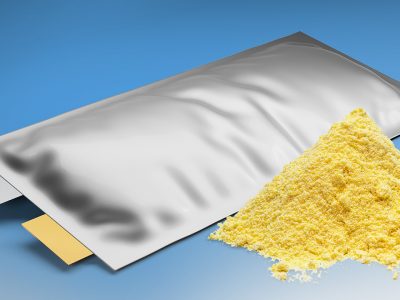