In my previous video on Tesla not needing to do traditional mainstream marketing, I got a lot of comments that were in basic agreement with my thoughts. One thing people kept coming back to as a reason to not advertise: their huge lead over the competition. But that got me thinking about what those advantages actually are, and if those advantages are in danger of being lost anytime soon. There are 5 big advantages that I think set Tesla far, far apart from the pack.

It’s not an eye-catching headline, like cars that drive themselves, but one of the biggest under-the-hood advantages, pun intended, that Tesla has is their motor design. No other company has an electric motor on the market that comes close to the performance/price ratio of the Tesla Model 3’s permanent magnet synchronous reluctance motor. That’s a mouthful. At least, not yet.

On Tesla’s other models, they’ve used an induction motor design, which is one of the most common electric motor designs in the world. The basic principles of a 3 phase induction motor go back over 100 years to Nicola Tesla.1 The motor consists of a stator, which generates a rotating magnetic field when current is applied to a stator. That rotating magnetic field, or RMF, is what turns the rotor contained inside the stator. The Tesla Model S and X induction asynchronous motor doesn’t use rare earth metals, is relatively small, and has incredibly high torque and low rotations. It’s what gives you the extra push in ludicrous mode.

So what makes the Tesla Model 3 motor so special? Unlike the induction motor design that Tesla has used in the previous models, the reluctance motor is taking advantage of permanent magnets. To quote Konstantinos Laskaris, Tesla’s Chief Motor Designer:

“It’s well known that permanent magnet machines have the benefit of pre-excitation from the magnets, and therefore you have some efficiency benefit for that.”

Auto industry expert and engineer, Sandy Munro, said that Tesla’s motors are “magic.”3 He cites the magnet design in the motor as one of the reasons for that. Tesla has glued together a series of magnets into a specific pattern, known as a Halbach array, that shapes the magnetic field to do exactly what they want it to do. Essentially you can make the magnetic field on one side of the array almost twice as strong as normal, while on the other side there’s virtually no magnetic field. Deciphering how and why Tesla is arranging the magnets in this way is another story.

Sandy Munro also pointed out how much smaller, cheaper, and more efficient these motors are than the competition. The Tesla Model 3 motor is estimated to cost $754 at 46.1kg, BMW i3 is $841 at 48.37kg, and Chevy Bolt is $836 at 51.49kg. Not only is it lighter and cheaper, but it also has much better torque and performance.

The heaviest, most expensive, and probably most important piece of the puzzle is an EV’s battery pack. This is one area where Tesla has had a significant lead for some time. And not just in the battery pack design itself, but also the cell chemistry and performance, as well as production capacity needed to build EVs at scale.

Elon Musk and J.B. Straubel spoke about the need to build the Gigafactory in Nevada at the recent shareholders meeting.

And to give a sense of scale for Tesla’s battery manufacturing capacity, the Gigafactory currently makes as many batteries as every other EV manufacturer combined. In the next year or two the Gigafactory is expected to hit 35 gWh of batteries per year.4 Other EV makers are ramping up their own Gigafactories too, like BYD in China5 and others. But again, Tesla is also building another factory in China right now and is set to announce a new Europe factory too.

Tesla’s current battery cells and pack are recognized as one of the best battery systems in the world. According to one expert:

“This is the best, most advanced large-scale lithium battery ever produced on the planet and is years ahead of the anything currently in work.”6 – Jack Rickard

And Tesla isn’t standing still. They’re pouring R&D money into the next generation of batteries, as I covered in my Tesla & Maxwell video. Tesla’s current battery technology, which is considered one of the highest densities available today, is believed to be around 250 Wh/kg.7 With the new manufacturing techniques acquired from Maxwell, they could potentially add about 23% to Tesla’s current battery density with room to double it. This will lead to vehicles with significantly more range. You’d be pushing Tesla Model 3’s to something closer to 400 miles per charge.

We’re still waiting for the big drivetrain and battery investor day that Tesla has promised. In the last shareholder meeting, Elon said it’s looking to happen in early 2020, so we’ll get a glimpse then of what’s to come.

This one can’t be undersold no matter how you look at it. One of the biggest things EV detractors hold up is the lack of good EV charging infrastructure. This is something that Tesla took into consideration from the beginning of the company and is why they build their own charging network. As of right now, Tesla has over 14,000 Superchargers at 1,600 Supercharger stations around the world8 … and they’re not slowing down adding more. And these are fast charging stations where you can usually get most of the charge you need in about 30 minutes.

Elon has talked about how important a thorough charging infrastructure and service locations are to sales.

Compare the number of Tesla Superchargers in the U.S. to other available fast chargers and the difference is stark. Tesla accounts for 57% of the fast chargers available.9 The next largest network is EVgo with 20%. And even though Tesla has offered other car makers access to their network, nobody has taken them up on the offer, which is why Morgan Stanley has referred to the Superchargers as a competitive moat.10 No other car manufacturer builds and owns their own, extensive charging infrastructure, which means those companies are dependent on third parties to fill in the gaps. Tesla building out their own charging network has taken the full owner’s experience into account; not just the sale of the car. Until other manufacturer’s get more involved with charging, this is one area that’s going to hold them back.

Tesla has been on the path to full autonomous driving for some time now, but until the Tesla autonomy investor day event, I don’t think many people realized how close they may be. Tesla has designed and built their own custom full self-driving computer, which is now shipping in cars they’re making today.11 And they’re already underway on designing the next-generation self-driving chip that comes next.

Unlike their autonomous car rivals, Tesla has over 400,000 cars on the road (nearing 500,000) with the full sensor suite, which includes 8 cameras, 12 ultrasonic sensors, GPS, and radar. Their competitors are in the thousands. And when it comes to winning the machine learning and autonomous race, data is the key. The amount of data Tesla is collecting is immense and dwarfs their competition, we’re talking about over 1 billion miles logged with Autopilot.

The benefits to Tesla’s approach is that as they make incremental improvements to autopilot and self driving, they can roll individual features out to their customers to start using, which in turn feeds more data into their machine learning models to achieve full self driving.

No other car maker is anywhere close to this level of autonomy, which changes the whole dynamic of cost of ownership when it comes to a Tesla. As Elon put it in a recent interview on Lex Fridman’s Artificial Intelligence podcast:

“Buying a car today is an investment into the future. I think the most profound thing is that if you buy a Tesla today, I believe you are buying an appreciating asset — not a depreciating asset.” – Elon Musk12

And the final advantage that I’d call out is Elon himself. This one could be viewed as a double-edged sword, but I think it’s far more of a pro than a con. Having a charismatic and visionary CEO leading a company can not only push the company to achieve great things, but it helps to get more attention and mindshare from the public. Elon’s tweets, good and bad, get a lot of media attention, which is free publicity for the company. When Elon speaks, people pay attention, which is something a lot of companies would kill for. How many people do you think would recognize names like Jim Hackett, Harare’s Kruger, Herbert Diess, or Michael Manley? They’re all CEOs of car companies, but they don’t garner anywhere near the level of attention that Elon gets. Elon isn’t just leading the EV revolution, he’s leading a highly successful space flight company, and another that’s boring tunnels to improve mass transit. He’s capturing the imagination of millions of people, talking to them directly on social media, and turning them into paying customers.

So those are the five big reasons that I think give Tesla the competitive advantage. Not only today, but for years to come. There’s a first mover advantage that applies to all of those. The lead they have in motors, batteries, EV charging, autonomous driving, and leadership is going to be extremely difficult for competitors to overtake. And Tesla isn’t standing still. They’re continuing to push and out-innovate the competition, which will keep them several steps ahead of the competition for years to come. 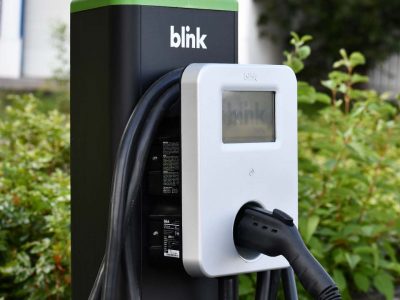